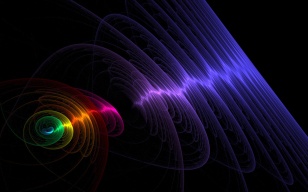 So how fast should you punch?

As fast as you can! Well…yes and no. Let’s breakdown this question a bit. (Hint: Is it even the right question?)

At first, I was surprised to get comments on our videos which critiqued our punches as slow. Slow? Maybe we were slowing down for filming purposes. No. Perhaps we couldn’t move quickly enough. Uh, nope. This bothered me until I identified the underlying misconception.

Viewers were confusing two related, but unequal, variables. Yes. They were talking about velocity when they meant frequency! Ah-ha. There is a crucial distinction.

Ok, I agree that velocity is how fast you move. But, frequency is how often you do so. Acoustically, that is why you hear various sounds as higher or lower-pitched. Electromagnetically, this is the reason you see discrete colors of a rainbow (along the visible spectrum of ROYGBIV). When you switch between radio stations, you are tuning in to different frequencies as well.

The international system of units measures frequency in cycles per second (hertz), whereas velocity is measured in meters per second (m/s). 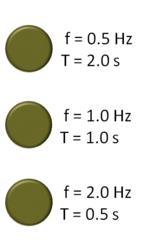 Here’s an illustrative story. Imagine you are hitchhiking on a desolate desert road. Don’t ask me how you got there. A car drives by every hour at 100 kilometers per hour (km/h). The frequency is 1 per hour (in cycles per second, that is a mere 0.000278 hertz). Then imagine you are standing on the overpass of a busy highway. Make sure it’s not during rush hour. A car drives by every second at 100 km/h. The frequency is 1 per second (or 1 hertz). The second situation has a frequency 3,600 times that of the first. However, in both scenarios, driving velocity is 100 km/h.

We must define better. When quantity is priority, eight is better than four. In other words, more is better. True…to a point. For instance, if called for, one punch is better than no punch. But when does more become worse? There is a certain threshold beyond which quality is sacrificed for quantity.

In economics, this is described by the “law of diminishing returns“:

The law of diminishing returns (also law of diminishing marginal returns or law of increasing relative cost) states that in all productive processes, adding more of one factor of production, while holding all others constant, will at some point yield lower per-unit returns.

In idiom, this is known as “too many cooks in the kitchen”. Learn to defend yourself against flying culinary utensils. Or leave the restaurant.

Exactly what is being sacrificed? Muscular force and, therefore, power. Physiologically, there is such thing as moving too fast. To me, that’s “physio-illogical” motion. Study this colorful graph: 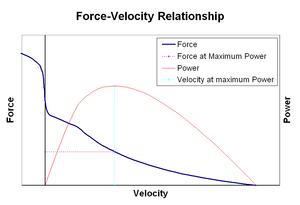 There is also another issue of moving too frequently. In animals as diverse as humans, fishes, eels and frogs, the relationship of optimal cycle frequency to power output similarly expresses as a bell curve. A representative example is heart muscle in rats: 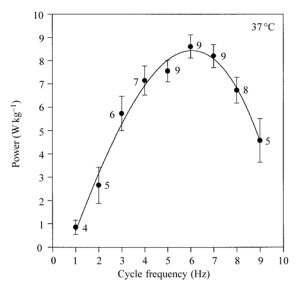 Furthermore, according to overall size of the creature, optimal frequency versus maximum power varies. The smaller the animal (or constituent part), the higher this frequency. The bigger the animal, the lower this frequency. Of course, it also depends on the given activity, such as cycling, walking or punching. For example, during pedaling optimal frequency appears to be about 100 revolutions per minute (or 1.67 hertz).

In generic wing chun, so-called “centerline chain punches” are so ubiquitous as to be synonymous with the style. By contrast, IAW WingChun practitioners almost never punch along the centerline (which is a separate discussion), let alone try to do so as frequently as possible. At most, we plan to launch two punches. The intention of the first and second punch is to stop and break the opponent, respectively. Lin Wan Kuen (Linking Punches) is our terminology for this binary technique. This pair of punches is timed to maximize their individual power. Both punches should be close to the power of a single punch or Tsong Kuen (Thrusting Punch). If not, increase the preparation time (i.e., decrease the frequency) between the two punches of the Lin Wan Kuen. Their total duration will be greater, but so will the power of each punch.

Via empirical trials with his students, Sifu Klaus Brand has determined an approximate optimal frequency of one punch per second (or 1 hertz). This is rounded up from one punch per 1.05 seconds (or 0.952 hertz), which is the mean of the observed range of one punch per 0.8-1.3 seconds (or 0.769-1.25 hertz). Frequency correlates to physical type, weight and proportions. Smaller, shorter, thinner, lighter people tend to cycle faster. Bigger, longer, thicker, heavier people tend to cycle slower.

Remember, punch speed is not equivalent to punch frequency. WingChun punches may be the same speed as wing chun punches, but are just executed less frequently in order to preserve power. If I were to coin the “law of diminishing punch returns”, it would state that:

Increasing punch frequency, while maintaining punch speed, will at some point yield lower power per punch.

This relative trade-off between frequency and power (labelled as amplitude on the y-axis below) can be graphically depicted as: 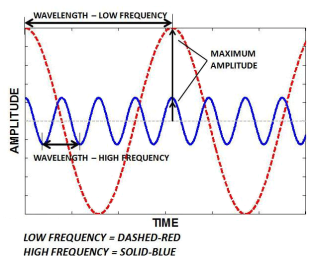 Simplistic instruction to punch faster betrays ignorance of muscle physiology and human biomechanics. Conversely, I recommend slowing down during the training phase. Don’t add much speed nor frequency until you are able to develop power as one unit. Your arms can move too quickly (excessive speed) or often (excessive frequency) for your body and legs. In order to holistically incorporate the greatest effective mass into your punch, proper coordination is essential. Usually, that means your arms must wait for your body and legs to catch up. Otherwise, your punch will mainly involve your arms, rather than integrate all that you are behind it.

“Too fast is weak. Too slow is risk.”
— Sifu Klaus Brand

7 thoughts on “How Fast Should You Punch?”