The following post is a personal essay my student Mariano Wechsler. He shares his sensory experience of “becoming WingChun”: 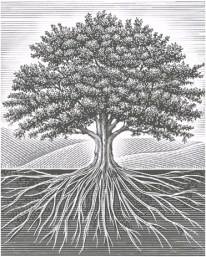 Root down, branch out.

I drive my legs to the ground rooting myself down in the Earth. Like an old Oak sucking water from deep among the soil, I draw the energy from my feet into my legs and up to my torso to deliver power through my arms.

This pulse of energy passes through my body again and again like waves crashing ashore, one after the next.

I exhale sharply at the end of each movement as every muscle locks in clock-like synchrony.

Through thousands of repetitions I gradually perfect each movement, each time getting closer to flawless coordination, each time discovering the finer subtleties of human motion. They are expressions of WingChun, a 400-year-old martial art that originated from the late-Ming Dynasty.

It was a rainy December afternoon the first time I walked into the US Headquarters of the International Academy of WingChun (IAW) in Berkeley, California. I was there to train under the lineage of IAW Grandmaster, Sifu Klaus Brand. I heard great stories about him and was eager to be a student of his art. The next Spring, I was able to meet him in person.

His movements possessed great power and agility. He seemed to be only half human; his other half was more like a wild beast. His beastly side is something of a cross between a bull and two snakes. His legs, torso and eyes had the power of a fierce bull while his arms moved with the speed and agility of two cobras ready to deliver a poisonous strike. At the same time, he was light-spirited and created a friendly mood with his witty jokes. Sifu’s human half was like an affable father, stern when needed but also warm and approachable. His character expresses the perfect balance of Yin and Yang.

Sifu Brand developed the IAW system purely for Self-Defense and, consequently, it has become very different compared to traditional styles of “wing chun”. Although IAW WingChun and traditional wing chun share some philosophies, they express them very differently. For example, traditional wing chun uses power by “borrowing” it from the opponent, whereas IAW WingChun maximizes power by developing inner energy and expressing it outward. WingChun has made me a ferocious fighter but has also taught me principles that carry wisdom hundreds of years old. It reminds us to do everything wholeheartedly and indulge in being fully present. This gives WingChun a depth and substance that fills my soul. The art has strengthened all levels of my being, which no one can take away from me.

I can hear my breath pumping oxygen to my blood and feel my heart pumping blood to my muscles.

In order to access the wealth of WingChun, I practice my Forms on a regular basis. Forms are a type of individual training, the first being Siu Nim Tau, which translates to “Small Intention”. I begin by quieting the mind and bringing awareness into my body. I assume my stance with feet slightly wider than hips-distance apart and bring my arms up. I focus on every detail, both inside and outside my body. Noises and sensations emerge into my consciousness that were not there before. I can hear my breath pumping oxygen to my blood and feel my heart pumping blood to my muscles. My vision expands from a narrow tunnel to a wide angle so I can clearly see everything in front and beside me.

In this state, I perceive the world with expanded awareness. I create an intention to harmonize my body and mind to perform one action at one moment. This flow fills my body from head to toe like a fine Merlot being poured to the brim of my glass. My body calls on every muscle, bone and nerve to perform each technique to its fullest capacity.

In addition to practicing the Forms, I train the Flows. Forms are to perfect the delivery of power, Flows are to deliver the power to an opponent. During the Flows my arms collide at full force against my opponent. I must respond with impeccable timing and keen perception. One small mistake could mean a blow to the trachea, liver, temple or back of the head. As our forearms collide, the music of the bones comes alive:

“Whak!” is the sound of my forearm bone colliding against my opponent’s arm to block his strike. It’s like the sound of shutting a hardcover chemistry textbook after hours of studying; one that brings a sense of satisfaction and accomplishment.

“Slap!” is the sound of my palm breaking down my opponent’s guard, echoing like a loud clap in an empty room.

“Pum!” is my favorite sound. When my fist collides with his chest, the whole ribcage creates a deep, bold bass vibration that reverberates. I call it the “human drum”.

I feel the momentum of my opponent’s attack penetrate my arm. Nerves activate on the surface of my arms and send signals to pain receptors in the brain. But there is pleasure in it. Somewhere along the synaptic path, my nerves must have cross-wired and sent the signals to pleasure-processing centers. Collision after collision, the bones become tougher and tougher until they are like a metal shield stopping almost anything in their way.

I become a dragon trapped in a human body with courage and vitality oozing out my pores. There is no fear, hesitation or anxiety. These are the feelings that fill my soul. This is the beauty of WingChun.

After a long, hard training session my body buzzes all over. My muscles feel worn and my bones hang from my frame. The adrenaline slowly wears off as the endorphins take effect. The beats of my heart slowly diminish. My arms are sore — even sometimes purple and swollen — but I can feel no better because I know next time I shall be stronger and faster.

WingChun has lit a glowing fire deep within me. Now my goal is not just to train WingChun, but to become it.

5 thoughts on “Music of the Bones”